It’s Better in the Crest 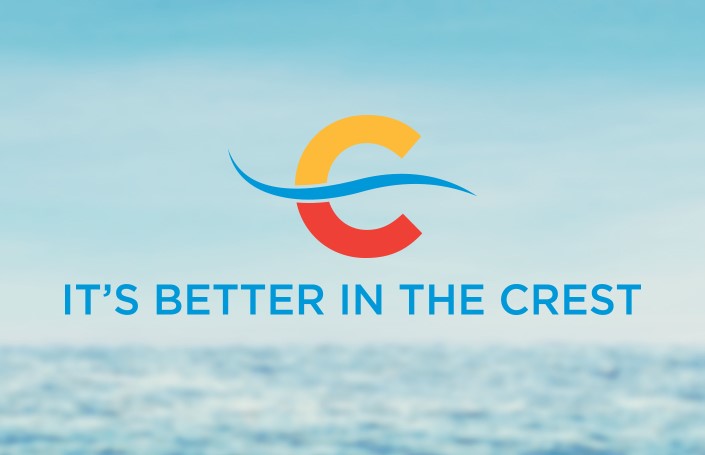 Growing up, I spent every summer on the Jersey Shore. My parents have a house on Sunset Lake in Wildwood Crest, the last exit off the Parkway before hitting Cape May. I’d spend my weekends between baseball and soccer games, ‘down the shore’, fishing, boating, doing water sports, biking the boardwalk, hanging on the beach, and going out for ice cream. Each evening we’d gather for a family dinner and witness the most beautiful sunset, watching as the colors of the sky changed from a bright yellow/orange to deep reds and purples. As a kid there was nowhere else on earth I’d rather be and some of my fondest memories are times spent with friends and family down the shore.

After spending 4 college years in Boston and the past 8 years living in New York City, where friends ‘summer’ on Nantucket and the ritzy Hamptons, I became more aware of the negative reputation of the ‘Jersey Shore’. Even pricey towns like Avalon get lumped into the fist-pumping, Guido persona made famous by MTV.

Among the Philly crowd, certain Jersey Shore towns in particular have a bad reputation such as the Wildwoods, a 5-mile stretch of beach located just south of Avalon/Stone Harbor and just north of Cape May. It’s a barrier island consisting of five municipalities; North Wildwood, Wildwood, West Wildwood, Wildwood Crest, and Diamond Beach.  Wildwood is well-known for its boardwalk and the shenanigans that come along with it. However, the Wildwoods are a historic beach town where wealthy Philadelphians used to stroll the boardwalk in their finest clothing and accessories. By the 1950’s, Wildwood become the epicenter of the Doo-Wop era, with over 200 motels with Vegas-like neon signs and fantastic architecture (also know as Mid-Century Modernist).

In the 50’s, 60’s and 70’s, Wildwood was the place where great entertainers honed their skills before moving on to Las Vegas. Wildwood’s clubs were in many ways a proving ground for rock and roll musicians. Artists such as Chubby Checker debuted his hit song ‘Twist’ at the Rainbow Supper Club at Spicer and Pacific Avenues. At the Riptide Club on Oak Avenue, vacationers enjoyed the tunes of Fats Domino, Danny and the Juniors, and Diana Ross and the Supremes. Bill Haley and his Comets debuted their song ‘Rock Around the Clock’ at the HofBrau on Atlantic Avenue and Charlie Gracie and Bobby Rydell honored the town with their songs ‘Wildwood Boogie’ and ‘Wildwood Days’. Wildwood was known as ‘Little Las Vegas’ or the ‘Las Vegas of the East,’ and the ‘Wildwood’ name was thriving.

However, by the late 70’s the music had died down and by the mid 90’s families and money went to Cape May’s prim Victorian homes, Ocean City’s alcohol- free neighborhoods, and Avalon’s new condos, anywhere but Wildwood. The city, accustomed to all its success, got lazy. Business owners didn’t need to do anything but open their doors. Seasonal property owners began to rent out their properties to teen Senior Week partiers and less to families. Over time, Wildwood became known as the place for late-night partying. As a result, the town declined.

There was an article in the Philadelphia Inquirer discussing how North Wildwood and Wildwood Crest are creating their own brands, outside the ‘Wildwood’ identity. North Wildwood is looking to drop the Wildwood name altogether, and become known as Angelsea, what it was originally called when it was founded as a fishing village in the 1880s. Wildwood Crest has rolled out its own marketing campaign centered on a new slogan, “It’s Better in the Crest”.

In Wildwood Crest there is no boardwalk, they don’t serve alcohol in the restaurants, and the quiet residential streets are lined with restored Victorian homes and modern beach houses and condos. The ingredients for resort-town success come natural here; an expansive, and expanding, beach, luxury bay-front living, and great family restaurants.

However, a name/slogan is only a small part of the brand. The Crest brand is a story that helps visitors tell a story about their time spent there. It’s Saturday night concerts at Centennial Park, it’s morning bike rides on the boardwalk, it’s the free fitness classes on the pier, and it’s the countless events the Crest puts on each year. Creating a new slogan is start, but it’s going to take years of ensuring visitors have amazing memories, the types of memories I have as a kid from spending every summer down the shore.

As a lifelong summer resident, I recognize firsthand the negative impact ‘Wildwood’ has on the Crest. Keeping my real estate hat on, if I were looking to make a long-term investment in a Jersey Shore property, I see no better value than Wildwood Crest. After all, “It’s Better in the Crest”!