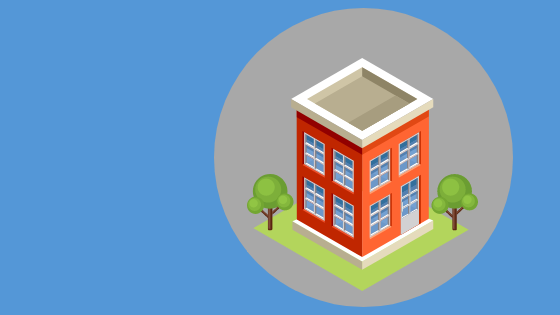 Multifamily, class B in particular, has been one of the best performing asset classes over the past decade. Demand has outpaced supply, leading to sustained rent growth and significant investor interest. As of March 2019, the average apartment vacancy rate was near all-time lows at roughly 6.5%.

While the demand drivers for apartments is somewhat obvious, I want to dig into the statistics/fundamentals in more depth.

It’s important to first understand the size of the market. There are 120M households in the U.S. totaling 317M total people. Of the total households, roughly 43M are renter-occupied (36%) and $77M are owner-occupied (64%).

This is the space Atlas plays in, and what I’ll be referencing throughout this post.

Understanding the demand for multifamily all starts with homeownership. The homeownership rate topped out at roughly 70% in 2005, dipped to as low as 63% in and has ticked back up to nearly 65% today.

There’s a narrative surrounding homeownership that young people (Millennials) no longer want to own homes and instead prefer to rent. While there may be some truth to that, it’s misleading and largely untrue. Young people in general still want to own their own home, but they’re buying homes later in life and spending more time in the renter pool. The sheer size of the Millennial generation (73 million Americans aged 18 to 34), who are just now beginning to buy homes, led to the decrease and recent uptick in the homeownership rate.

The reduction of the homeownership rate from 70% in 2005 to 65% today added roughly 8.4M households to the renter pool. That massive growth in demand has fueled the high average occupancies and strong rent growth the apartment sector experienced over the course of the recovery. The chart below shows the cumulative increase in renter households since 2006.

Young professionals remaining in the renter pool is primarily driving the demand for Class A luxury communities in urban areas (Class B demand is different).

Renters of Class B communities are primarily renters by necessity, not renters by choice. They cannot afford to buy homes today. Home prices have increased drastically, banks have maintained stringent lending requirements, and young people are burdened by student loan debt, making it difficult for lower and middle-income residents to qualify for mortgages. Households earning less than $50,000 have a homeownership rate of 45% versus 80% for those making more than $50,000. Families who can afford to buy eventually do, while the rest of the population will remain renters.

Of the 19M households who rent apartments in communities of 5 units or more, over 60% make less than $50k. That means 60% of the total household renter pool (12M) are largely restricted to class B and C communities based on the typical resident qualification standards (3x the monthly rent).

Housing costs have skyrocketed and now in more than half the counties, it’s cheaper to rent than buy. 24% of U.S. Households (about 29M) spend more than 50% of their annual income on housing.

For more context, here is the household income distribution for a solid B+ apartment community owned by Atlas with average rents of approximately $1,200 per month.

Millennials still want to own homes. Annual sales to first-time homebuyers is on the rise, increasing steadily since the lows in 2011.

Further supporting that trend, lower-priced homes are appreciating at a faster pace than other segments of the single-family market.

This shift back toward homeownership will be an ongoing headwind for the apartment market, primarily class A apartments. However, Class B is buffered from this trend, as residents are unable to purchase homes today.

Early in the recovery, the strong rent growth was driven by the increase in demand, but also by the lack of new supply. Annual production averaged 331,000 units from 1995 to 2003, increased to just over 400,000 in the previous peak, and came to a halt from 2009 to 2014. Due to the limited new construction, there was significant pent-up demand through the early part of the recovery.

Supply has ballooned recently, up to nearly 600,000 in 2018. However, according to the National Association of Home Builders (NAHB), multifamily development starts are expected to fall from their 2018 levels to roughly 350,000 units in 2019.

The total number of units under construction in large buildings (50 units or greater) is the highest its been since the 1970s.

With construction and labor costs skyrocketing, and land prices near all-time highs, the all-in basis for new projects has increased substantially. Over the last three years alone, construction costs have risen more than 30% in many markets, dramatically above inflation.

To make projects pencil, developers must underwrite aggressive rents aimed at a small segment of the high-end renter market.

Class B supply (characterized by communities built from 1960 – 2000) is shrinking as properties age and become obsolete. Supply of class B communities decreased by 2% from 2005 to 2015.

There are 73M Americans aged 18 to 34. Members of the largest generation have delayed marriage and having kids, and stayed in the renter pool longer.

On the fertility side, U.S. births are lower by 500K annually from their pre-recession peak, a figure more amazing given that the number of women aged 25-34 is higher by roughly 2.5M.

Over 50% of kids 18-24 live with their parents. This significant pent-up demand will drive Class A multifamily performance over the next several years.

In addition to the Millennials, many Baby Boomers (born between 1946 and 1964) are ditching the suburban home for a low-maintenance apartment in walkable locations.

Today, just 8% of the renter population is 65 years or older. As our country gets older, and Baby Boomers seek to downsize, the demand for quality rentals should remain strong.

These fundamentals are what many developers will point to as they construct new projects today.

Looking forward, immigrants and their descendants are projected to account for 88% U.S. population growth through 2065, assuming current immigration trends continue. In addition to new arrivals, U.S. births to immigrant parents will be important to future U.S. growth. In 2016, the percentage of women giving birth in the past year was higher among immigrants (7.4%) than among the U.S. born (5.9%). While U.S.-born women gave birth to over 3 million children that year, immigrant women gave birth to more than 750,000.

It’s safe to say that immigration will play a huge role in future apartment demand.

Given the strength of the current economy, apartment demand should remain strong over the near-term as it’s fueled by population and job growth.

The unemployment rate was 3.9% at the end of 2018 and estimated job growth for 2019 is 2.6 million jobs. Supported by the low unemployment rate, the U.S. Census Bureau reported 2.3 million new households were formed in 2018.

The trend of migration out of expensive (and often very big) cities is being felt across the U.S. and is especially evident among millennials. A Brookings Institute study tracking millennial migration from 2004 to 2017 showed New York, Los Angeles, Chicago, Boston, Philadelphia, Miami and Washington D.C. as some of the biggest losers and Portland, Phoenix, Las Vegas, Sacramento, Dallas, Austin and Nashville as some of the biggest gainers, reflecting a trend towards smaller, more affordable cities.

According to their data for 2018, Utah ranked #1 in net gains followed by Texas, Florida and South Carolina.

According to the Mortgage Bankers Association, unregulated higher leverage, higher-priced private debt funds placed $67 billion in mortgage loans in the U.S. in 2018, up from $52 billion in 2017 and $32 billion in 2016. This trend is a bit concerning, with over-leverage being the most substantial risk in multifamily investing.

Contrast this with the $70 billion loaned by Fannie Mae and Freddie Mac on apartment loans for 2018 (the agencies are capped at the same number for 2019). The numbers on a deal may not work with bank leverage at 60%, but they suddenly make sense with private, high priced money at 80% leverage.

Despite strong growth, overpaying for properties while putting on high leverage can be a recipe for disaster. Apartment pricing is significantly above its previous peak.

At Atlas, we continue to be bullish well-located Class B value-add apartments which we expect to experience sustained demand and outsized rent growth over the long-term.

To summarize the state of the multifamily industry today:

So there you have it. Which key stats or fundamentals impacting the multifamily industry would you add to this list?