Drones for Real Estate Use is Taking Off

Everywhere you look, you hear about how drones are being utilized in the real estate and construction industries. Over the summer, my brother-in-law and I played around with a drone (he flew, I watched), capturing aerial footage of the Jersey Shore, action water sports of siblings and cousins, and testing out the best way to shoot real estate sites. Drones have become mainstream and while some real estate firms view their use of drones as innovative today, it’ll simply be the status quo within the next few years.

Drones are relatively cheap and easy to fly and the gimbal combined with action sports cameras allow for steady, high-resolution video/photos shot in a unique perspective.  The footage we shot of the Jersey Shore shows the perspectives that a drone can provide; it highlights the location on the island and distance from the beach, the views of the bay, and the size of the site, all in a beautiful way.  These are attributes that can’t be captured through traditional real estate photography.

The speed of the drone and precise handling allow you to capture footage in a cool way; panning backwards, flying directly up or down, and flying at high-speeds allow creative pilots to produce differentiated video/photos.

At Atlas, we’ve been shooting drone videos at all of our assets for marketing purposes. However, finding and coordinating with local pilots is a hassle. I used to spend a few hours identifying and contacting local drone pilots who typically shoot drone footage as a side hobby. The quality of the footage is inconsistent, the turn-around time can be weeks or even months, and pricing is all over the map.

Thankfully, a number of services have popped up that allow you to easily hire a fully-vetted drone pilot to capture aerial video and photos of your property.

One of my favorite sites is Dronebase. For $399 and a few minutes of work, you can get drone footage of your property anywhere in the country within a week. I caught up with Co-Founder and CEO, Dan Burton, to learn more about the service.

Dan, tell us a bit about the idea behind Dronebase?

I personally spent 6 months working as a commercial drone pilot in real estate, construction, and heavy industry. After working with countless agents and enterprises, we felt the value from drones came from the images, video, maps, and data they produced, rather than the drone itself. We thought real estate agents and enterprise customers might rather just pay a low, variable cost for exactly what they want, and let a professional service provider with the right skills and certifications do the actual operation.

It seems like your current focus is primarily CRE. What are some of the more exciting commercial real estate use cases that you’re seeing for drones?

We work in residential RE, commercial RE, construction, and other industrial use cases like mining and oil & gas. What excites us is tackling complex, fast-turnaround enterprise use cases. Right now, Dronebase has a one week (or less) turnaround for drone imagery + video anywhere in the United States (and we also work internationally). We want ordering drone imagery + video to be as easy as pushing a button on the internet, and as close to real-time turnaround as possible.

What makes a great drone real estate video is content that helps an agent or enterprise tell the story of the property. Aerial imagery and video is a wonderful resource to provide a property’s greater context. For commercial RE, this tends to be highlighting the neighborhood and area context of a building: proximity to highways, retail shopping, access to parking, traffic patterns, etc. For residential RE, aerial images and videos are often the only way to showcase the entire context of a property, in addition to its surroundings, proximity to neighbors, etc.

How do you see the use of drones for real estate purposes evolving over the next 5 years?

Over the next 5 years, drone use in real estate will be simply expected for the vast majority of properties sold in the United States. Our team at Dronebase is laser-focused on allowing real estate agents to order drone images and video in a dead-simple, high-quality, low-cost, 1-2 day turnaround way.

Droners.io is a similar service, but more focused on business to consumer, that allows users to post a job and connect with local pilots. I recently spoke with founder, Dave Brown, who told me more about Droners.io.

Tell us a bit about the idea behind

On a beautiful summer day this year while kitesurfing in Rhode Island, a friend of mine took some aerial drone footage of me on the water.  The footage was absolutely stunning.  Friends on my social media accounts would ask if it was taken by someone in a helicopter or a plane.  Out of curiosity, I started looking around on the internet to see how expensive and difficult it would be to find someone who could provide a similar service, and to my surprise, I wasn’t finding much. Having recently left CustomMade.com, one of the largest marketplaces in the world for connecting makers with consumers who want one-of-a-kind creations, I saw an opportunity at hand to apply my experience building two-sided marketplaces to fill a rapidly growing need.

Droners.io not only came about at a great time where demand is sky rocketing, it also serves a very important role in an industry that is commonly compared to the wild wild west.  Everyday there is a new headline in the media covering someone’s irresponsible use of a drone, including sightings at airports and the recent crash at the US Open.  By giving people an easier way to find professional and legal drone pilots, they have an alternative to buying their own drone or finding a local hobbyist, possibly unqualified,  to fill their aerial photography or videography needs.  Don’t get me wrong, there are lots of experienced hobbyist that fly drones responsibly, including some of my friends, but there’s also lots of them ending up on the front page of the paper every day, and recently, in jail.

What differentiates Droners.io from other drone services?

Droners is the first and only drone platform to give a Uber-styled competition model for drone pilots.

Clients looking for drone services post a job by filling out a simple form that covers job details, location, date and budget.  Once their job is approved, it gets pushed to the job board and all the local pilots on the marketplace who have experience with that type of job are instantly notified.  Within an hour, the client will usual start receiving bids or inquiries if more details are needed.  They can then compare prices, reviews, portfolios and past work work history of every pilot that reaches out to them.  If the client is having trouble finding a good match, they can also use the portfolio search page to browse all the portfolio videos on the site.  If they find a video they like, they can invite the pilot onto their job with a click of a button.

The client has complete control of the entire process.  If you have a stunning property that you’re trying to sell, and you want to only work pilots that have the skills and creativity to produce a video that’s going to make buyer’s jaws drop, your not going to get that using other services.  Your instead going to pay upfront, be assigned a drone operator on a date & time, and hope for the best.

What has you most excited about the use of drones as it pertains to the real estate space?

Using a drone to film real estate (or anything for that matter) when done correctly, has a way of capturing an audience in a really powerful way. Everyday when new pilots signup on the site, I watch all their videos to check out their work, look for videos to feature, and just get to know the pilot’s capabilities.  Frequently I’ll watch a really well done, captivating video, and at the end of it, I’m left with this huge smile, and all I can say is “wow”. Sometimes I’ll even watch it again from the beginning, which is the last thing I need to be doing as someone trying to run multiple business by myself.  That to me, that ability to make someone think “woah – this could be my house”, is what I find super exciting about drones and real estate.  Never before has it been so easy and affordable to make such a huge impression, and it’s game changer.

How do you see the use of drones for real estate purposes evolving over the next 5 years?

John Frankel, Founding Partner of ff Venture Capital was interviewed the other day, and when asked about drones he said, “I have to tell you, we have an incredibly strong conviction that we are at the stage of drones that you were at the stage of the automobile back in 1890.  We think it is a massively under-hyped space.”  Other people have compared it to the personal computer in the 1980’s.

Photography and videography is one of the more common uses for drones.  In that space, I think were going to continue to see higher definition cameras becoming more accessible to the everyday consumer.   Aside from that, I’m not sure how much more that specific area will evolve.  Other than aerial footage becoming more and more a common service offered by real estate agents, most of the “magic” that happens in high-end drone footage comes from the skilled artist operating the drone, and the camera attached to it.  The drone is just a means to point the camera in the right direction and angle.

Aside from that though, I think were going to see a huge increase in automation capabilities.  For example, companies like DroneDeploy.com are building software platforms that allows someone to click a few buttons on their iPad (to enter some way points for example), and the drone will take off and go do its thing.  For someone just needing a few quick/simple outdoor shots of a property, a roof or their gutters inspected, software like this is going to make it much easier and cheaper to do.  There are also companies out there building “home stations” for drones, a place where a drone would reside for most of its life to recharge its batteries and receive “orders” via the internet.  Just imagine being able to press a few buttons on your phone or computer, and have a drone, across the city, do a routinely scheduled check on a house that is vacant.

Beyond Droners.io and Dronebase, have you seen other similar services pop up?

There’s not much out there right now besides a few pilot listing directories.  I believe I’m one of the only sites that requires pilots have an FAA 333 exemption.  A lot of them say they do, but I’ve been hearing through the grapevine that’s not quite true.. so be careful who you hire. 🙂

While drones application to CRE is great for owners, there remains some challenges around regulation and safety. Some towns such as Cape May move to ban drones all together, while the FAA is suing drone operators who take unauthorized flights.

Although drone regulation while take some time to evolve, one thing is certain; drones provide an incredible opportunity for forward-thinking owners to separate themselves from the competition.

Have you seen any innovation uses of drones for real estate?

Start a
Career in
C.R.E. 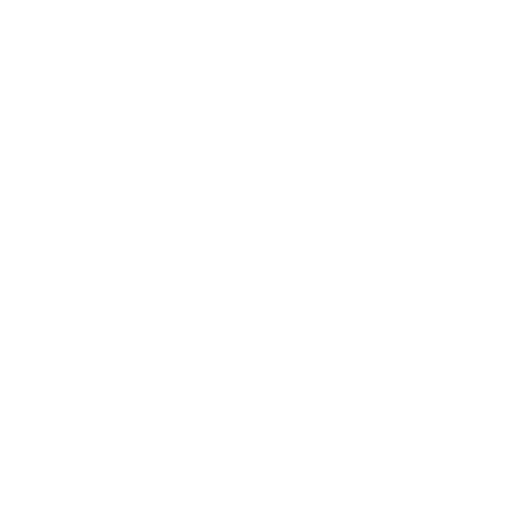 Do Your
Own
Deals